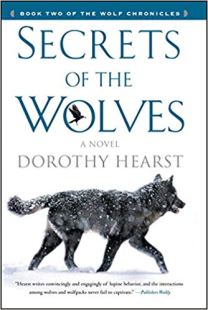 I finally finished a three book series of a fictional story about wolves and how they came to be with humans. The book has definitely left some thought provoking questions in my mind. Such as why is there so much fear instilled in us? Is our fear of the unknown  what has encouraged to kill so many things?

I think our ability to have a relationship with animals like we do with dogs is amazing. And I’ve always wondered how dogs came to look so different from their ancestors. Is all of it really just appeal? Has the way they evolved helped us to fear them less? While this book is fictional it still generates some interesting questions in my mind.

Watching Kaala and her pack grow has sometimes made my heart warm -but in some ways has also made it cold. With the start of it being Kaala trying to prove herself and TaLi, Kaala’s human, just fighting to have her opinion heard. When her family killed all of Kaala’s siblings I wanted her to just run away from them and not have to deal with all the crap she was being told. Despite that and many other struggles Kaala kept going -even after the end. And I’m glad Kaala and TaLi found each other because I don’t know if they’d be able to handle their lives on their own.

The second and third dove more into the humans and their relationships with other animals. In some parts I felt guilty, wolves and humans were coming together -but many prey and predators alike would be killed off as a result. I understand the fear, killing other animals before they try to kill you. However, now most of live lives where we don’t have to and yet it still continues to happen.

I don’t think I realized how easily fear can drive people. The antagonist in this book spread fear like he was giving out candy. He couldn’t have what he wanted so he decided to harm multiple people to get the rest of them to fear the people he wanted revenge on. However, I do think fear could be good -if the right person uses it. If Kaala had killed Davrian when she had the chance she probably could’ve technically kept the promise. Yes, she would’ve killed a human, but the promise was not to start a war between wolves and humans. If Kaala killed him she would’ve saved many lives, I wish she would’ve trusted her instincts and gone with it.

I liked how in this story there was a lot of discussion about the ‘wild.’ That people feared wolves because it made them see the wild in themselves. While streckwolves(dogs), gave up the ‘wild,’ so the humans didn’t fear them. While I think their evolution is more a matter of humans choosing who they mate with and changing their diets without really realizing it, it still raises a lot of question. My main questions being: what would are relationship with animals be like if we knew what we know now? What if we found a way to create animals that were actually evolved enough to the point where we could understand each other perfectly?

The most heart breaking part of the series was the end of it. Kaala died in an effort to communicate with her human so she could run away with the rest of her pack from the humans who were trying to kill them. It was sad knowing that once she warned her human that she would no longer be near her -at least not for a pretty long time. In some ways she reminded me of my old dog. A dog that despite his gentleness with me, would do whatever he could to protect me and my family. I feel like every once in a while remembering her death might make me miss him more. However, in some ways it doesn’t, it gives me hope wherever we are we’ll still love each other -even if we’re far apart.

Even though I did really like this series, it put me in a negative state quite often. There was a lot of bad things that happened to Kaala and having to watching her die at the end was just heartbreaking. After reading this series I felt empty, and I didn’t want to be alone because thinking about Kaala convinced me to be sad. Again, overall it was good and it helped me think of plenty thought provoking questions. However, all of the negative stuff was just too much for me.

If you’ve ever read this series what questions did it make you think of? How has this book changed your view of the human and canine relationship? 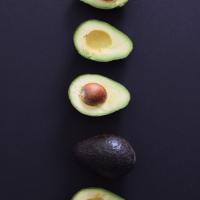 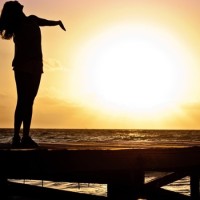