I spent most of my childhood listening to christian music and going to church. For a while a loved it, however, the longer I stayed the more I wanted to leave.

I was told I had to get baptized to be ‘saved,’ yet I still had to do a list of other things despite already being forgiven for things that I shouldn’t have even felt guilty about. I was brainwashed into thinking that the christian god loves people, however, after looking at other perspectives I realized he wasn’t like that at all. Genocide should not be allowed for any reason even if god is the person that did it.

While I went to church I never really thought logically. I didn’t become vegan until after I left the church a year ago and I soon realized that actions were much more effective than prayer. I think going to church nearly turned me insane, how can you say god loves people when he does all these things that I would deem unforgivable. I would never put someone like that before my own family. I would never want to be influenced by someone that deemed slavery as okay.

Even if the christian god does exist I would still want nothing to do with him. God is just as broken as satin and maybe even more so because at least satin gave us knowledge and wanted us to be independent while god seems to want us to be like his dogs that listen to everything he says even if those things end up harming us.

Even if someone can prove god exists that doesn’t mean it’s their god. Proving a god exists does not automatically validate everything in the Bible or in the Quran.

I find way too many of the bibles stories to be flawed and if anything past lives seem to have more validation than the bible. Children that claim to have had them are usually too young to have any understanding that they have anything to gain from it. And with some of the children claiming to have pats lives being in the US -a place where the belief in past live isn’t the dominant religion. There isn’t much reason to believe that the parents were trying to use their kids to gain attention towards their own beliefs.

I’ve read a book called Children Who Remember Previous Lives by Ian Stevenson. He traveled all over the world to talk to these children. In his book he believes past lives to only be a theory so far -as do I- since even though they’re a lot of interesting things he finds they still don’t completely validate that past lives are real. He also theorizes that these experiences might have been created by some kind of telepathy.

In others words, I don’t believe in the christian god because for the most part the religion has prevented people from exploring other ideas. I don’t think the belief in the christian God should be considered 100% true until all of the bible has been validated, not just one part of it.

And to be clear, I don’t find past lives to have complete validation either. I just find it for the most part to be more reasonable to believe since most children don’t claim those things with a clear motive. However, I do think that parents that believe in past lives  could claim that child had one to persuade others to believe what they believe in. 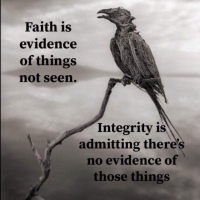 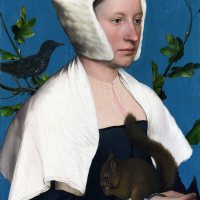