Her curly brown hair went down her body in waves as she looked between the cracks of the wooden floor beneath her. Then looked in her dresser as the footsteps crept closer. Her heart began to race and she moved her dresser towards the only entrance to the bedroom. She looked under her sheet covers hoping she’d see some kind of sparkle and be saved.

She heard them pounding at the door, “Lilth Galmoore you are sentenced to be hung for treason by order of the queen.” She ripped the bottom of her dress as she walked toward her wardrobe. She took it off and quickly changed into a white linen shirt and trousers. Then she felt something solid in it’s pocket and let out a breathe. In the back of her closest she took out a brown cocked hat with a long white feather. She put the white amulet around her neck and hid it underneath her shirt. Then she put on the hat and leaned against the wall farthest from the entrance.

The dresser came crashing down, shattering the small knick knacks the where on top of it. The guards set down the large long log that knocked the door down and raced after her. The first one hit the amulets protective shield around the pirate girl and he felt it in disbelief. Only the small amount of light the came in the room that allowed the shield to glimmer in certain places, hinting at where the shield was. Then the queen’s head knight came up to the shield and tried to slice it with his sword, but the sword bounced back and nearly hit the guard behind him.

The girl narrowed her eyes at men with her arms folded. “I am Amber Lionheart,” she said. “Your queen outcast my father for a crime he did not commit.” The men stared and the head knight glared at her and was about to protest. “Your queen has you like dogs on a leash,” Amber continued. “She stole thousands of pounds of precious gems from my family as well as others and took it to that pig Lance.”

“She was looking for that amulet that you so willingly show now,” the head knight said. “If your family would’ve have just given to her none of this would’ve happened.”

Amber began to walk past them, the amulets shield forcing them to move. “Oh please honey,” she said, “she doesn’t deserve it.”

Prompt: Write about losing something a character needed and then finding it at the last minute. 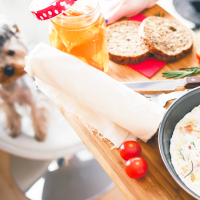