Prompt: There is a prison where there are no guards, yet the prisoners are too afraid to try and escape.

“You think they’d believe us?” Snake said. He had a bald head and his long orange sleeve shirt what curled up to reveal the snake tattoo that winded around his arm.

His roommate looked down at the body, its head slowly draining more blood onto the floor. “Hell, no man, this guy just went off about how some kind of war is going on out there and shoot em’self.” His roommate shook his head, the other prisoners had gathered around the body too. Then a big white man snatched the keys off the dead man’s body.

“You boys wanna get outta here or not?” He said twirling the key ring with his fingers.

Everyone stood in silence, they kept there feet away from the pile of blood. Other groups of prisoners didn’t even go near the body. “That’s probably some kind of set up,” one of them hollared from a table a few yards from the body. “An’t no way I’m getting into that kind of trouble.”

Snake folded his arms and looked up at the man that had taken the keys. “What if he’s telling the truth Phil?” Phil grabbed the bloody gun.

“Well, if no one else is gonna take it, then I will,” he said as he turned to the a blue barred door. A shorter blond man with stubby hair moved in front of him and pushed his shoulder back.

Phil pinned him to the wall, “cut it out Mick.” Several other men began moving towards them. Phil let him go, but then Mick punched his side.

Snake stood by Phil’s side, “Mick just let it go.” Through Mick’s tense face Snake could see the sadness in his eyes.

“You know what he’s gonna do right?” The whole pod was silent, “Phil your my brother man, I don’t care what stupid shit ya did.”

Phil unlocked the door and walked out, “follow me Mick and I’ll keep this door locked so none of y’all can get outta here.”

“No!” Mick shouted as several of the inmates pinned him down. Mick tried to make his way to the door. “Phil! Get back here!” He shouted, three men had him pinned down as he tried to twist out of their grasp. He continued to shout even when Phil was out of their sight. 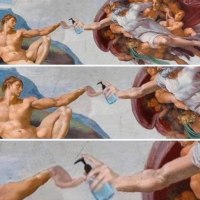