I figured I’ve read enough books on word war two that I decided to see Jean M. Auel’s prehistoric world. The setting seems pretty unique to me. Most recent books have been set in the present, future, or in world war two.

The setting in her book takes place in prehistoric Europe, “35,000 to 25,00 years before [the] present.” Jean gives a map on the first few pages that show that they are specifically north of the Black Sea.

I think the hierarchy and religious aspects of the characters she has created fit smoothly into that era. It’s a time when men dominate women, but they are fearful of the world that they don’t know all that well. They fear people that look different from them and reject their culture. It stirred more conflict and shows how much people really didn’t know at the beginning. They think they are too different to be anything of value -yet they might soon discover how naive that idea is.

Even the adults are like children, other than survival skills they know next to nothing about themselves or the world they live in. It’s what makes your muscles tense when you read it because we know so much more than they do. They think the weather is controlled by spirits and totems. They don’t even know that sex results in kids. Even some of the skills they learn is kept secret from others. Men know how to hunt, women don’t. Women know how to forage, men don’t. Medicine women know how to cure diseases, but they don’t let anyone -other than other medicine women- know how they do it. Which is frustrating  to me because it doesn’t seem logical, if all the medicine women die who can help others heal? If all the men die will the women even know how to defend themselves?

It’s made me wonder just how much we really know. Sure, we’ve come far, but do we really even know how old the earth is? We haven’t found the cure to cancer, -however some think that certain people do, but they refuse to let the public know. We don’t exactly have a perfect grasp on weather. I hate when the weatherman says it’s going to be sunny all week and then all of the sudden it starts raining on and off. We haven’t discovered all the planets in the universe yet -or more importantly, how to utilize them.

We learned so much, yet there is so much more to learn. 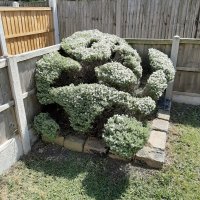 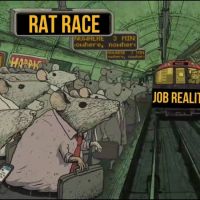